Dylan Thomas described Swansea as an ‘ugly, lovely town’. He was not a sports fan but he might have said the same words of his hometown’s football club.  For over a century, the Swans have entertained, delighted, frustrated, and angered fans.

The club is part of life in Swansea. It has decided what shifts were worked, when holidays were taken and even when weddings were held.  Results on an afternoon have decided whether nights are for dancing or for moping.  Families have been brought together by parents and grandparents passing on their love and loyalty to their next generation. Some choose to be Jacks, others have it forced upon them but appreciate it all the same.

Even for those not much interested in football, the Swans have always mattered. Football meant crowds to avoid and parking problems to complain about.  It meant the annoyance or relief of family members disappearing for an afternoon. Yet no one had to go to the game to feel pride when the club did well or to hear the noise of cheering crowds drift across the city.

The Vetch was part of the landscape of Swansea, and its irregular floodlights gazed down upon Sandfields and across to the city centre. What it lacked in elegance, the Vetch made up for in character. It squeezed into a gap between houses that was too small but which ensured some gardens a free view over a wall. The East Stand didn’t fit behind the goal so it sneaked around a corner instead. The old wooden double decker was grand but had to come down because of the fire risk. The centre stand was rickety and uncomfortable; in its last days its roof showered its inhabitants with crumbling paint.

But it was the North Bank that was the heartbeat of the Vetch. That was the place where youngsters yearned to be old enough to stand, where the singing and cheering was loudest, where everyone had their spot surrounded by the same familiar faces each week.  You might not know the name of the bloke in the old rain mac but you knew he had it in for the left back, what his favourite swear words were, and that he cared as much you did.  The North Bank was rough and ready, sometimes vulgar, but always passionate.

The Vetch is no more and the Liberty’s now home: a new, smart, slightly-stiff sweater to replace the comfortable, worn-out but well-loved one we wore for years.  Some say it lacks the Vetch’s passion but everyone says the toilets are better. And slowly it’s making its own memories to be passed down to those too young to know what it was to stand on a crumbling football terrace.

At Vetch or Liberty, to watch the Swans was to be part of something bigger, an army, a tribe, a family.  On Saturdays, or whenever the tv schedulers decided fit, we’ve cheered, we’ve chanted and clapped.  We’ve taunted the visitors, declared our pride in Wales and our team, and sung for Super Johnny or whoever was our favourite at the time.  And sometimes they more than repaid our love.  When Curt did a turn, or Robbie hit a screamer, or Gylfi flicked a deadball, it was as beautiful as any of Dylan’s poetry, even if an old man might tell you later, ‘Ivor could do it better’. 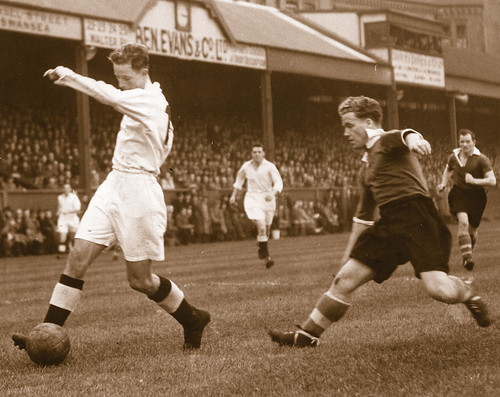 It hasn’t always been like that. There have been plenty of defeats that caused us to curse and despair. Sometimes the men in white just weren’t good enough but the fans forgave that as long as those on the pitch cared as much as we did in the stands or terraces. Sometimes anger was aimed at the board, when fans thought they weren’t doing their best to create a team worthy of wearing the shirt.  Sometimes the fans turned on each other, when someone was felt to be too critical or too quiet. At the Swans, everyone has their part to play.

The size of crowds have ebbed and flowed over the years. There’s only so much money to go round and not everyone wants to watch a team that’s struggling. But even when crowds were down to a few faithful thousand, the rest of Swansea didn’t stop caring.  At ten past five on a Saturday, old ladies would still stop anyone in a scarf wandering through town and ask ‘How did the Swans get on?’ Because, in Swansea, football is part of our culture.

To find out more about Swansea’s bid to be the 2021 City of Culture please visit here.