Our biggest audience for a single event was at the National Waterfront Museum in September. Nearly 1200 people came through the doors and most of them came to have a look and chat to us. There were activities and entertainments: badge-making for the kids, soccer skills demonstrations, and a talk by Welsh football legend John Hartson. It was a great day out for Swans100! 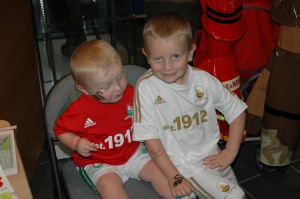 The next generation of supporters get tattooed! 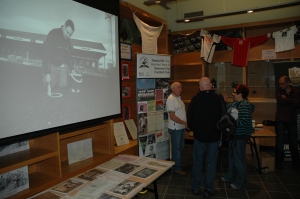 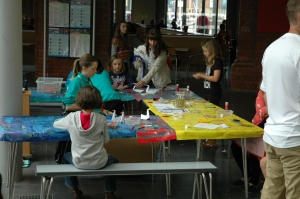 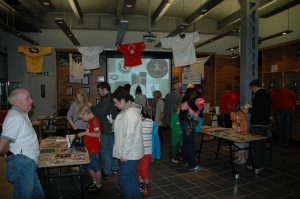 A busy moment in the display area

Al Reffell of Undercurrents filming a video interview with supporters

The table football challenge was on! 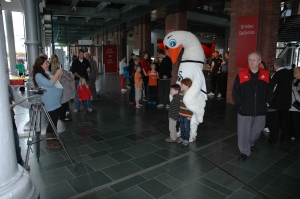 Cyril gets in on the act