Lest we forget – SCFC on the brink 27 years ago 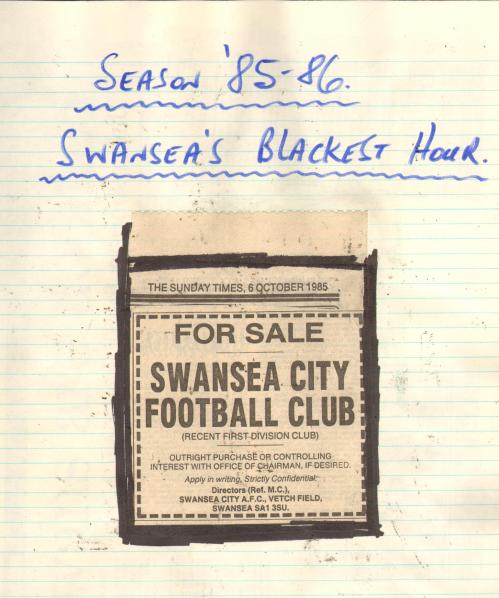 In these heady times of Premier League glory, we should never forget some of the worst moments in the Swans’ history. Port Talbot’s Dennis Corcoran, lifelong Swansea fan but exiled in Gloucester for many a year, kept a scrapbook in which he pasted the “as it happened” news reports of the club’s near-extinction in December 1985. Wound up in the High Court, bust and going out of business, somehow Chairman Doug Sharpe managed to steer the sinking ship onto shore where it could at least be patched up and refloated. Many others helped the process along, not least the ordinary fans. 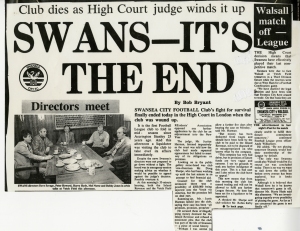 Dennis’s scrapbook even contains a League Table from a national newspaper in which all of Swansea’s results had been removed along with the team name. This was on Saturday 21st December 1985, after the club had been wound up in the High Court the day before and the Division III match with Walsall postponed.

This really seemed to be the end – the judge’s remarks were pretty severe, effectively accusing the board of criminally squandering the money due for tax and national insurance payments on “goodness knows what”. The meteoric rise to Division I only a couple ofyears before, with big-money players bussed in (apparently Ray Kennedy was on £800 per week!), was blamed.

Somehow the club got another chance, raised money by any means (including a campaign called Swans Aid and an exhibition friendly with Manchester United) and clawed its way back from the brink. 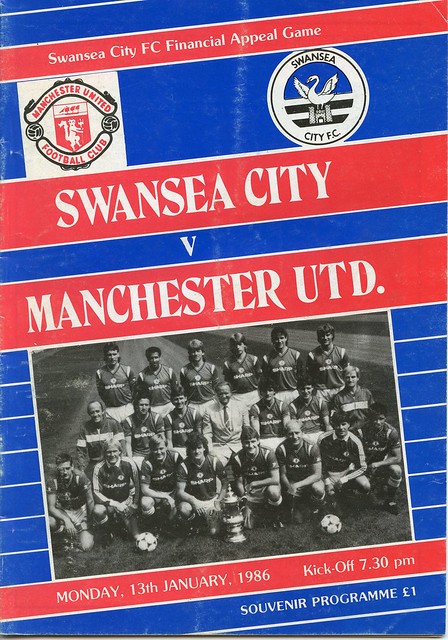 Carl Allen and a t-shirt from the 1985 fund raising.

Financial crises have dogged the club since it was formed 100 years ago, but on that day just before Christmas 1985 the Swans’ heart stopped beating, and it was touch or go whether it could be re-started. So no more whingeing! It really, really could be a lot worse.

There follow images of Dennis’s scrapbook pages relating to this particular crisis. Click for larger versions. Downloadable versions can be accessed here. 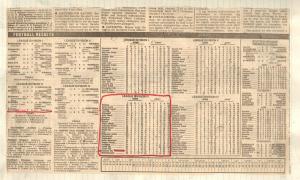 One newspaper showing Swansea still hanging on in Div III 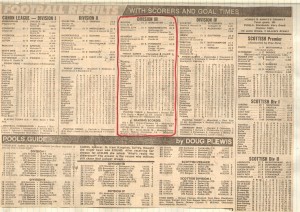 The cavalry arriving in the shape of Man. United, and Swansea City Council. 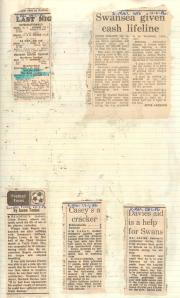