(To read about this game follow the link: Swansea Town at War  ) 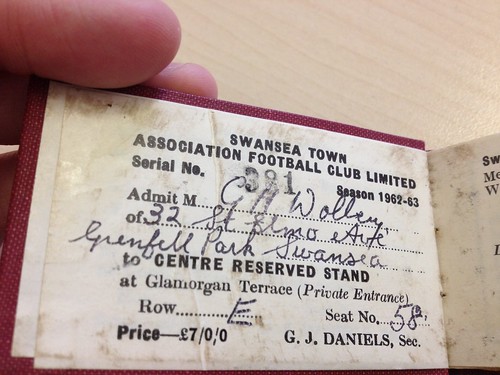 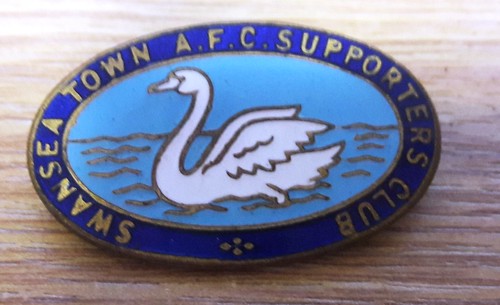 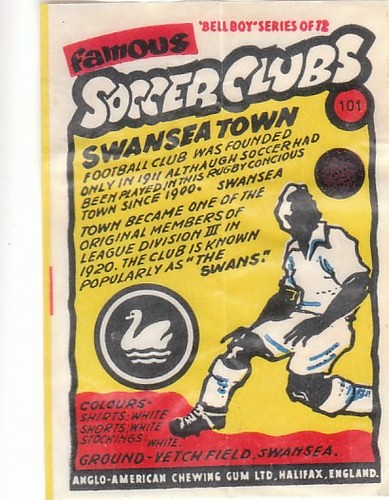 First Day Cover issued by the Post Office on the occasion of the Swans’ promotion to the First Division in 1981. See more images by clicking here.

Anyone for tea? This precious collection would be ruined by people drinking anything out of them – Stev Bresnan has a fantastic collection of over 400 football mugs. Follow the link to see some of them:  It’s a mugs’game!

A rare home-made Swans rosette, we think from the 1960s 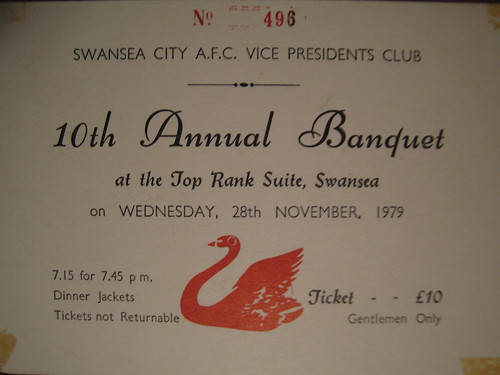 Cyril and Cybil the Swan merchandise, 2009

Ticket stubs through the years 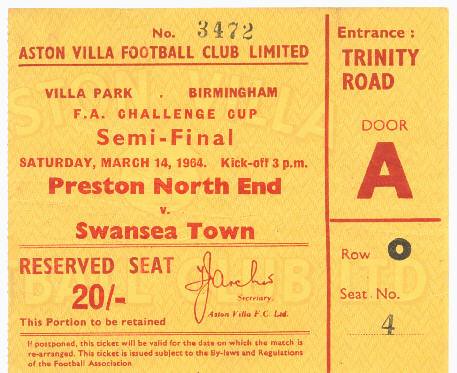 Badges and keyrings from the 1980s 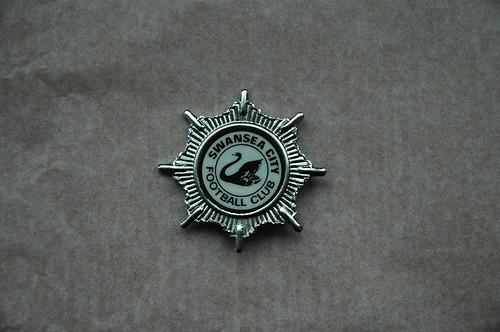 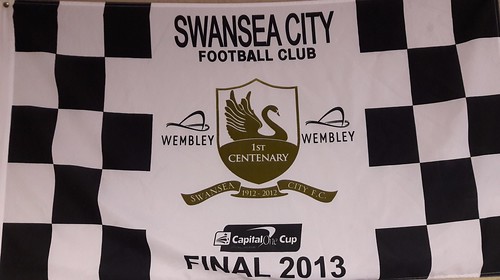 Eat, sleep and drink the Swans: look at some of the modern memorabilia available online (follow the link to find out more 2012 memorabilia)

You can also find much more at our FlickR site.