Stories from the fans 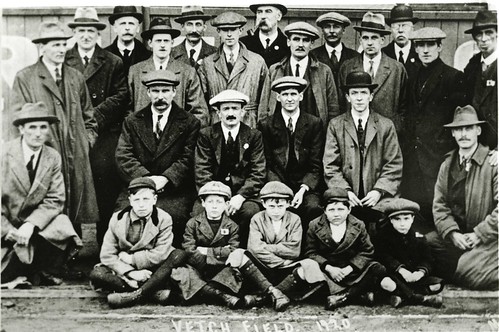 Memories of attending Swansea Town’s first ever match in 1912

The green, green grass of home: eighty years at the Vetch: Memories from from a lifetime of supporting the Swans

Farewell, my dear old friend: A poem about memories of the Vetch

Clouds of darkness, clouds of despair: The associations between supporting the Swans and the weather

Things I remember: Some memories from the 1960s onwards

Fan stories and excitement from 1964

My funniest moment: A story from Locomotive Leipzig

“I’ll have a pint of Dark”: Some great memories from an anonymous contributor to the survey

The Czech keeper at the Vetch: memories of a Wales international in 1971

It’s in the DNA, or Swansea City nearly ruined my life: Memories of following the Swans from Huw Bowen

Football’s changed (but it still rains): Some reflections on the differences between the Vetch and the Liberty

What it all really means…. For one fan in exile the Swans form an unbreakable bond with his home town and his family.

Preston 1981: When Charlo scored it was relief all round!: Memories of the match that won us promotion to division 1

Who said that accountancy was boring?: Memories of a fan who helped sort out the club’s financial problems in 1986

Every now and then, for no particular reason at all, I break into that ‘Super Johnny Cornforth’ chant: Some Australian memories from the 1990s

How many times must I go back to Hull?: Memories from a chairman

A lick of paint: Memories of painting the Vetch

The Face of Swansea: An amazing tale of shirts, twins and giant posters….and a little matter of promotion to the Premier League

Once a Jack, Always a Jack: A Scottish Jack on his passion for the club.

“How’d the Swans get on?”: One man’s lifetime of supporting the Swans, from the 1950s to the present day

Playing the Memory Game: Poems and memories dating back to the 1950s

There’s something different about our club: Memories from a fan from Bristol

The morning dawned like any other: Memories of attending the 2011 play off final

Show me the way to go gnome….. Dressing up for the 2011 play off final

A story in  a scrapbook: Paul Griffiths, a passionate disabled supporters’ tale through his cuttings

Derek the Fan: A musical supporter

Sadly missed: In memory of a fan who passed away

Shirley James: Memories from someone who grew up by The Vetch in the 1930s to 1950s

Memories of the Vetch Field by Rob Blades

4 responses to “Stories from the fans”